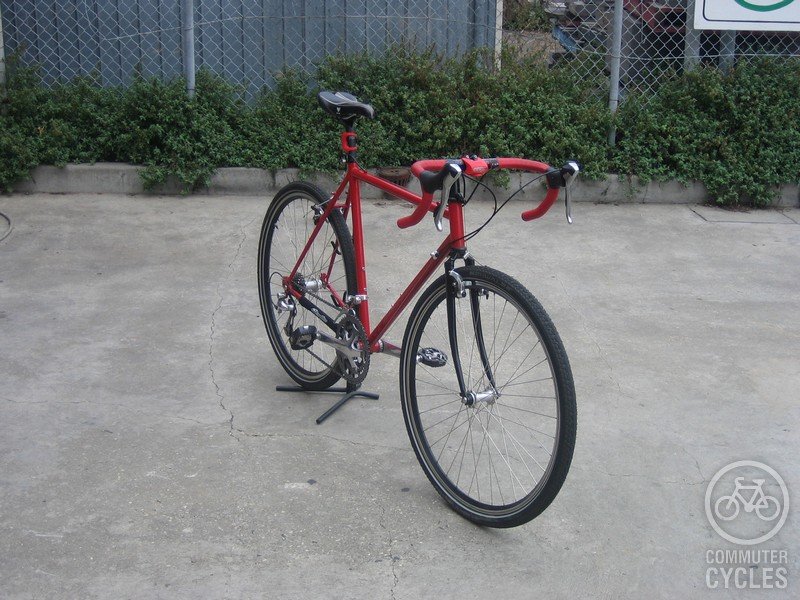 You’ll notice a lot of these builds have dyno hubs. Any time we can steer someone towards a dyno hub we do. These days they’re getting so good that it makes no sense not to, unless it’s a dedicated go-fast bike. The hubs themselves are getting very efficient and are becoming very good value. More than that however, the new generations of LEDs are so efficient and powerful that the lights can work incredibly well off a small amount of power, and are spitting out enough light to see by, as well as be seen.

The bikes we built to go across Mongolia are an excellent illustration of why LHTs are such great value. There can’t be many other bikes, even vaguely in this price bracket, that require so few mods in order to do an unsupported trip of that magnitude. But there was room for some fun little touches – we mounted mud-guards, but since there’s a danger of extremely wet muddy roads, we mounted them further from the tyre than normal, so they don’t get clogged. Also because they’re doing such long distances with serious loads there’s a danger of the rack bolts shearing, so we’ve run them in from the back of the braze-on and put a nylock nut on the other end so that if they do shear they can be extracted and replaced on the road.