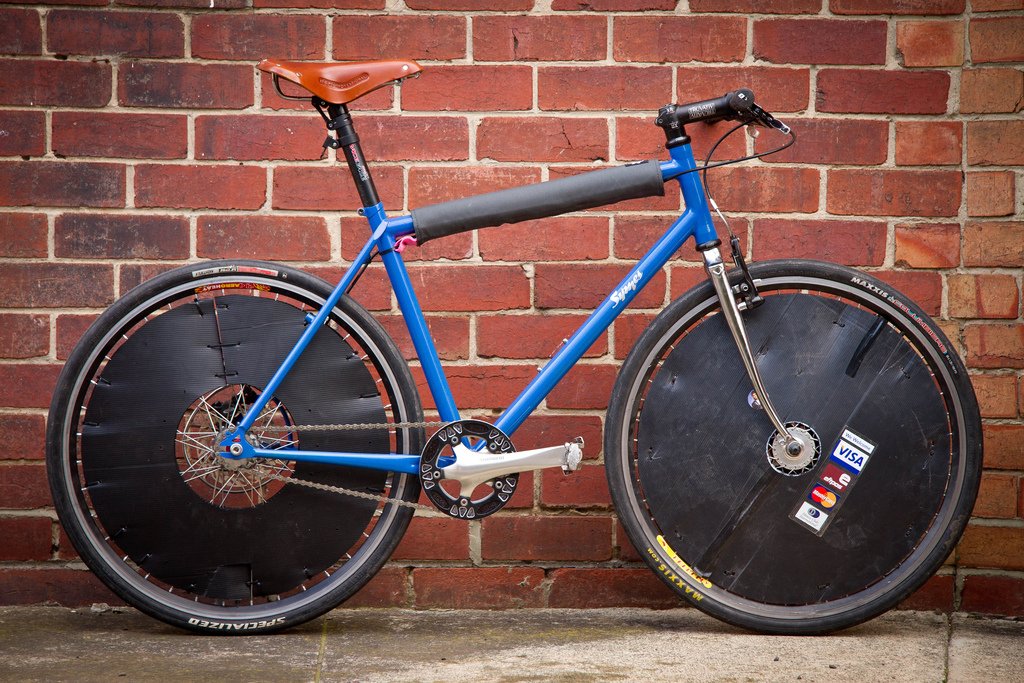 
Commuter cycles is excited to be sponsoring Damon Rao at the Bike Polo World Championships in Berlin and the London Open Tournament. He’ll be riding a custom made polo bike, a Symes Whiskey. He’ll be heading off tonight for two weeks in Europe and then competing in the Australian Championships in Brisbane with it later in the year.

The bike was made at Commuter Cycles by Scott with geometry developed over 18 months of playing polo to emphasise nimbleness, but still remaining stable enough for one handed control. The bike fits standard mountain bike parts for ease of interchangeability. The bike also runs a “dingle” (dual single) gearing for dead easy manual gear changes. It’s currently set up for running a 63” street gear and a 42” polo gear with only a tiny change in wheel position between gears.

A hydraulic rear brake was fitted to relieve hand fatigue during long playing sessions, especially at tournaments. This left a vulnerable disc, caliper and hose. The hose was routed inside and behind the tubes along which it runs. To protect the disc and caliper, a stainless steel guard was fabricated which attaches to integrated mounting points on the frame. The polished finish nicely balances the chrome fork too.

For polo, the rear tyre needs to be extremely hard-wearing as a popular manoeuvre is the “skid turn” to evade opponents. The Panasonic RiBMo is a high quality, supple, hard durometer (rubber hardness scale) tyre with a kevlar bead and lots of tread. A regular Commuter Cycles customer is reviewing this tyre on his commuter bike, after 1000km he had this to say:

I can report that I have had no punctures (touch wood) even with the wet weather and even though I just pulled out a sizeable piece of glass from the rear tyre. Apart from this they are not too cut up.I think that they are a more comfortable tyre than the Marathon and may be a little faster being lighter and having a lower rolling resistance. Cornering and general feel for the road I believe is improved. They look better too, which is important!”

Commuter Cycles have been doing some modifications to customers’ frames too. A Surly Karate Monkey we built for fast commuting was upgraded some months ago when the standard mudguard eyelets snapped under the load of panniers and frame flex. Seriously beefy rack mounts were fabricated and brazed into place.

We’ve also brazed on cable stops to a Surly Steamroller prior to a refurbishment including powdercoating and a set of nice Phil Wood / Mavic Open Pro wheels.