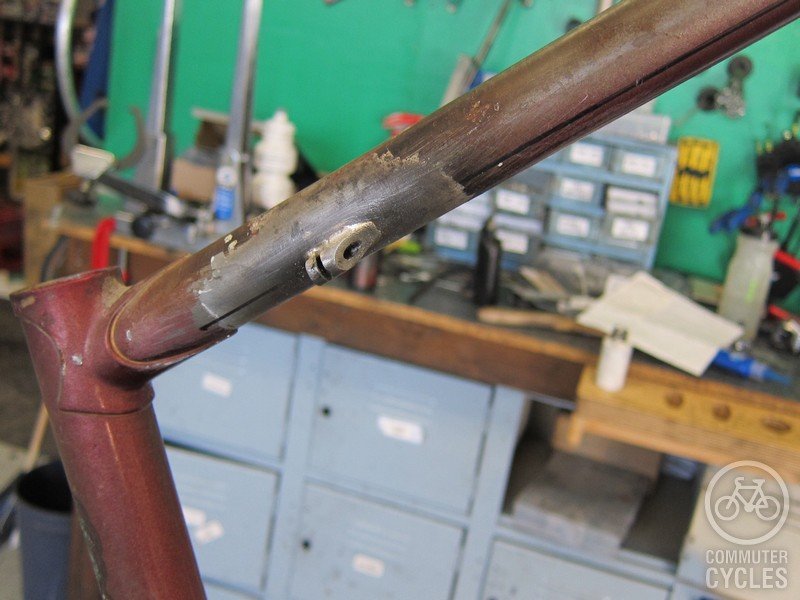 
It’s an F.W. Evans. Have a look here for some info on their early days. 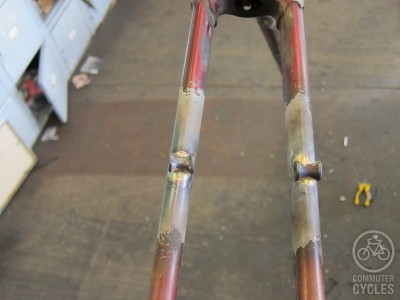 It wasn’t quite how he wanted it though – the chainstay bridge was not drilled because it was designed for the old English clip-on fenders.  He wanted cable stops instead of cable guides for his rear brake, he wanted a second set of water bottle bosses and he wanted to use a small front rack, so he needed some braze-ons to mount it. 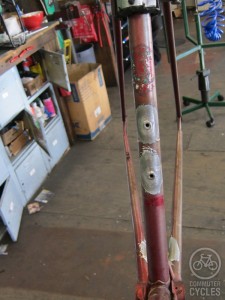 We checked the alignment and made sure that the corrosion was all superficial then made the changes for him and now he’s going to get it repainted.  Once it’s painted and built up we’ll post more photos. 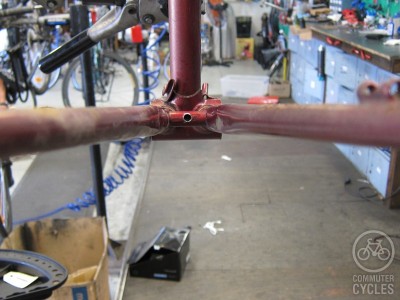 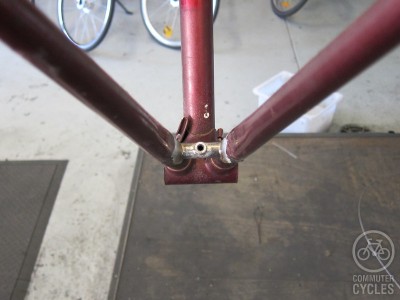 We put a waterbottle boss in his chainstay bridge so he doesn’t need a nut and bolt for his fender. 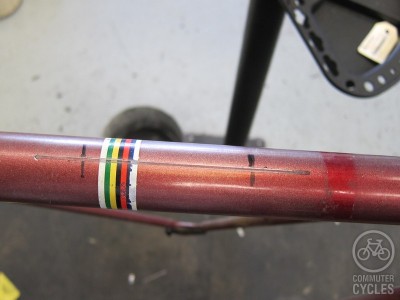