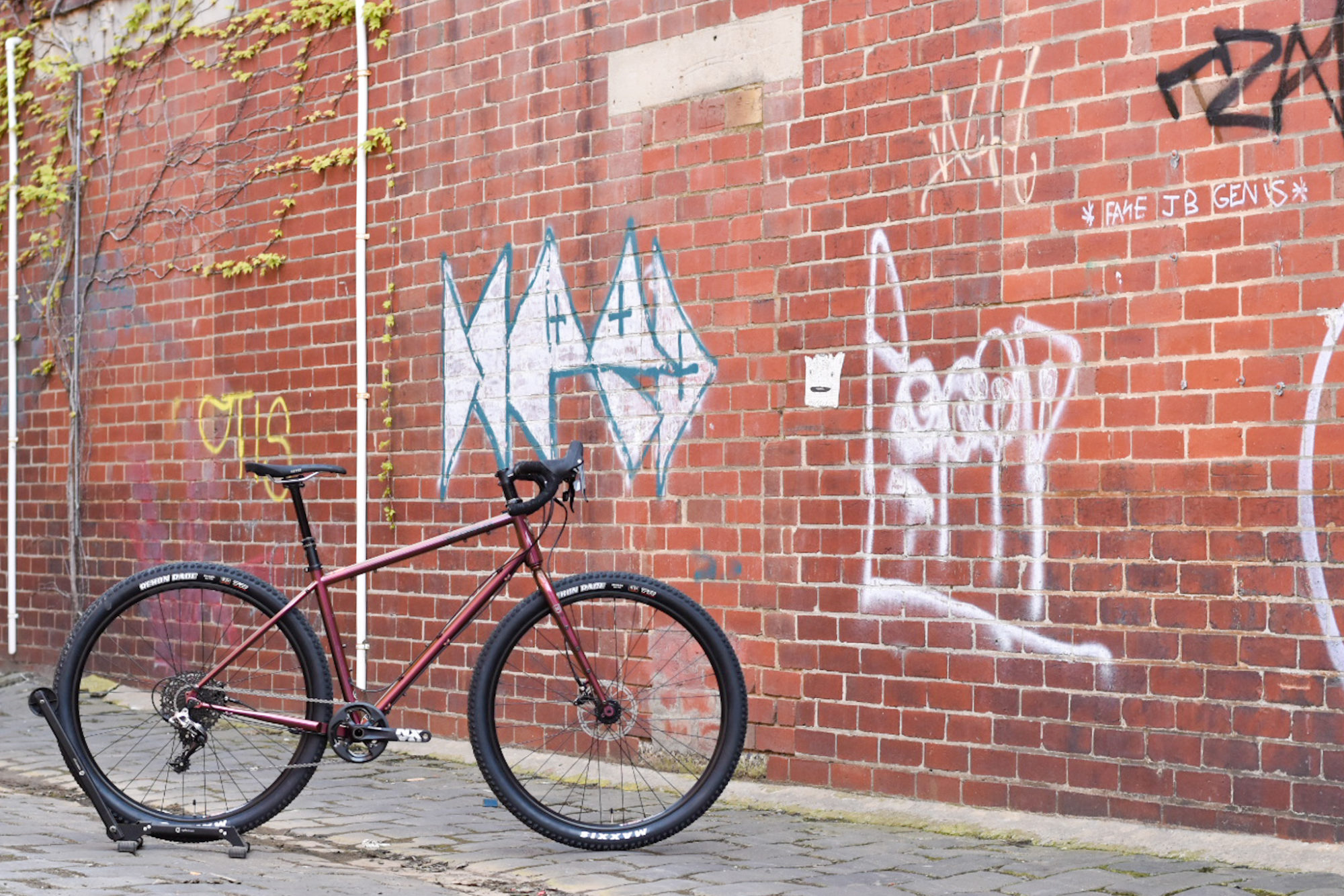 
Kona say the evolution of their Sutra range of bikes has been about trying to ‘make dropbar bikes as badass as possible.’ This year they seem to have absolutely nailed it with the new Sutra ULTD.

The Sutra LTD (minus the U) has been a mainstay of our range for a few years now. Big 700c rubber, loads of options for hauling gear and an aesthetic that reminds you this is a bike built by a mountainbike company. We certainly have found though that many LTD owners have been really pushing the limits of what their bike was capable of. Squeezing bigger rubber in, getting pretty rowdy on the trails, and loading up for some extended bikepacking missions. One of the things we love the most about Kona is that they try to stay connected to their customers, and there’s no doubt they have been watching over the last few years and scheming this thing.

If you follow these posts regularly you’ll know what a huge fan we are of this style of bike. In our minds value and versatility go hand in hand, especially when it comes to a mixed-use bike, and the Sutra ULTD ticks a LOT of boxes.

Firstly, we love the ability of the ULTD to run a pretty huge range of tyre sizes. Out of the box it comes standard with the Maxxis Rekon Race in 29×2.25. The Rekon Race is one of our favourite high volume, fast rolling dirt tyres and lends the ULTD to some serious off road exploring, without being too sluggish. Want to mostly commute? Easy! Switch out to some fast rolling 700×38 tyres and the ULTD pretty instantly becomes a much more nimble pavement bike. Going touring with loaded panniers? Throw on some Schwalbe Marathon Mondials and we’ll see you in a year! Lots of room for tyres equals lots of ride and adventure options and having one bike that can handle just about anything.

All that said though, the focus of the Sutra ULTD is dirt exploration and there’s a little extra room for some big chunky rubber if you’re thinking about things like the Munda Biddi or Mawson trails.

Hauling gear has always been a strong-suit of the Sutra range and the new ULTD is no exception. With a focus on load carrying versatility the ULTD has mounts for just about everything. With more minimal bikepacking gear in mind there are three-pack bikepacking cage mounts on the fork, an extra bottle mount underneath the downtube and even some mounts on the underside of the toptube to run a custom, direct mount framebag. If you’re more of a panniers kind of human you’re catered for here too. Bulk fork mounts almost guarantee pannier or deck rack compatibility. We’d love to see a ULTD set up with the new Tubus Grand Expedition. Rear rack is a similarly easy process and the mounts on the dropout are super beefy ensuring long term reliability.

As far as overall spec goes, Kona chose the parts for offroad performance and fun times. SRAM Rival has proven itself over the years to be pretty bombproof for long term exploring and is a great choice for this bike. Given the much bigger tyre clearance of the ULTD compared to previous models, it comes specced with a mountainbike crankset. Standard front chainring is a 36 tooth which is perfect for unloaded exploring and easy enough to switch out to something smaller, like a 32, if you’re doing a lot of loaded miles in the hills. The cranks come with a bashguard, an unusual choice these days, but one that makes a lot of sense if you’re taking this thing into the backcountry.

Probably the most unique feature of the Sutra ULTD (and a couple of the other models in Konas range) is the adjustable travel dropper post. We’re a BIG fan of dropper posts in all kinds of bikes, even for commuting, and having the ULTD come standard with one really opens up it’s usability on ‘proper’ offroad trails. Generally the hard part with dropper posts is that everyone has different length legs and needs a different posts. The post in the ULTD is pretty easily adjustable to a bunch of different lengths and we’re looking forward to setting these up for individuals this season. A dropper DOES affect your ability to run a bikepacking saddle bag, and this will vary with the individual, but we have options in store to get around this for sure.

So who is this thing for? If you’re not really thinking about riding anything rougher than a rail trail or gravel road then the Rove DL is probably a better choice from Kona. However, if you want ultimate flexibility with terrain from commuting, tarmac and gravel exploring and carrying your gear in some properly chunky offroad environs then the Sutra ULTD really is the versatile and capable drop bar bike in Kona’s range. We hear you, that colour isn’t for everyone, but if you’ve been following some of our custom builds on social media you’ll see that colour is a pretty easy and fun thing to change if your budget allows. At $3690 the Sutra ULTD is at the upper end of our non-custom bike range but the spec, versatility and downright great ride of this thing certainly make it great value in our books.