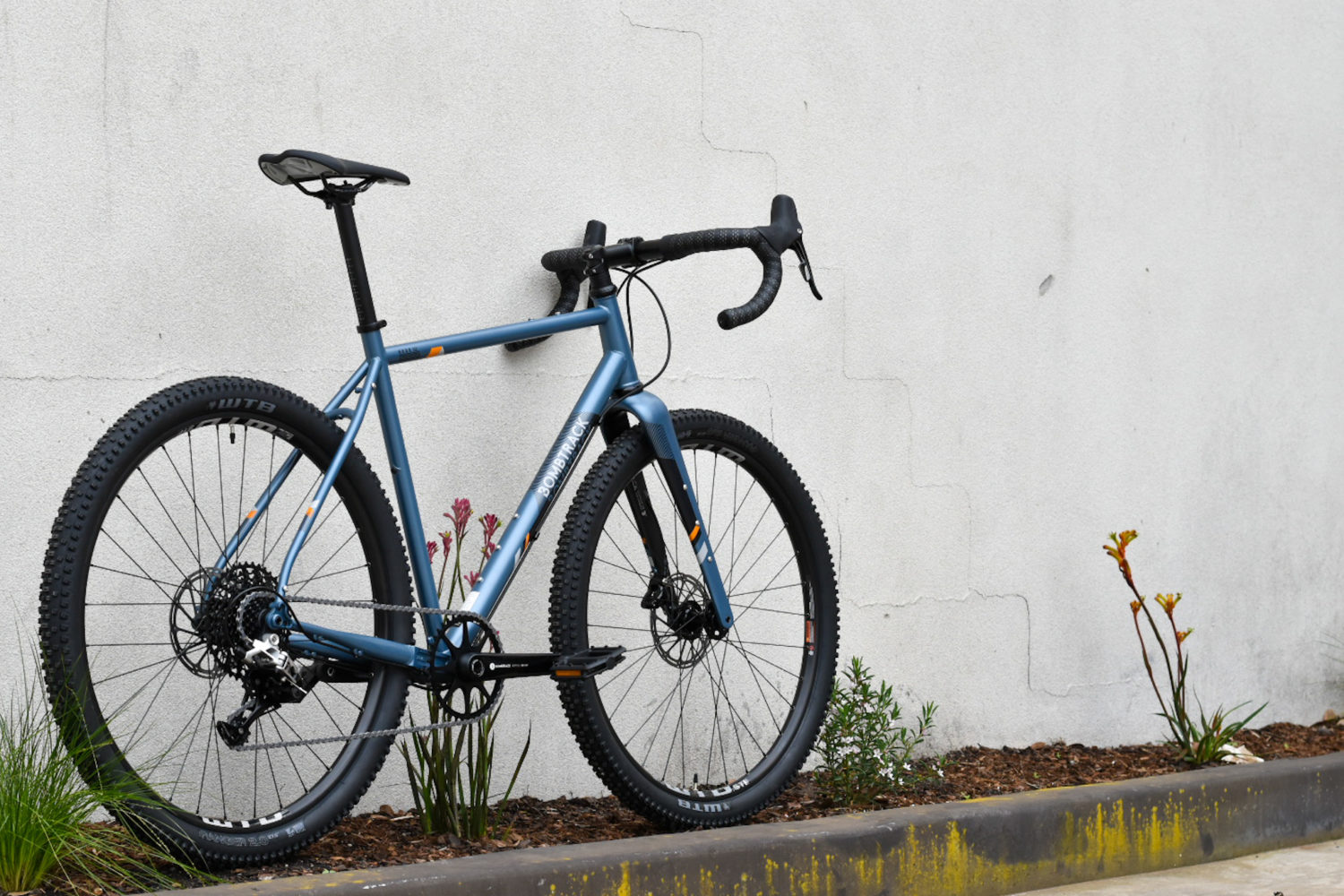 The last few years at Commuter we feel like we made some really good decisions about which bikes to have around and we’re really happy with the deep range of awesome rides we are able to offer. There has been one brand the last couple of years that was an obvious part of the decision making process for a lot of you, in the same conversation as Surly, Salsa and Kona, especially in the gravel and bikepacking genres. So we decided to try to stock that brand too.

On face value, Bombtrack are certainly very Us, with a range that covers Gravel and Allroad, Adventure Touring, Mountain and Urban. It is quite a large range, and we’re not able to stock absolutely everything, so there are a few key models we’ve focused on this year. Pricing is somewhere between Kona and Salsa in our range and there are a lot of features that individualise the brand in our store rather than just seeing it blend in. Let’s take a look at the main models we’ll have in the house for 2021, why we like them and why we think you will too.

The Hook EXT has been a the main bike that we’ve been hearing come up during new-bike decision making the last couple of seasons. And for good reason. If you’ve been reading these articles, or chatting to us in store, you’ll know we’re all about versatility and the Hook EXT sure is versatile.

We have a lot of steel framed adventure-road style bikes in our range but the Hook EXT is one of the few that comes with a carbon fork as standard. It’s certainly not a super high-end ultra light carbon fork but the front end weight is great, tyre clearance is plentiful and there are three-pack mounts for bikepacking storage. Nice. There’s also three-pack mounts on the downtube and seattube, a dierct mounting point for a toptube bag and a bottle cage mount under the downtube. There’s also internal rear dynamo light routing and a mount that positions the light low enough to still use a big saddle bag. That’s a lot of frame features!

Drivetrain is full SRAM Rival1 with hydraulic disc brakes. Great spec for the price of the Hook EXT. Wheels and tyres are tubeless ready. All good things. If we had to suggest things we’d upgrade we’d start with bars, preferring something with a little more sweep and width than the standard bar. If you’re planning to use your new Hook EXT for commuting and extended road use this likely won’t be a big deal for you though.

We’ve only just received the Hook EXT but overall staff opinion is that it rides nimbly and comfy. All things said, if you’re looking for that one bike that can handle your commute, some long day exploring on mixed terrain and even the occasional extended bikepacking trip, then the Hook EXT is certainly worth a look.

The Beyond range from Bombtrack is their offroad and adventure touring lineup. A Beyond with a + at the end means it takes big rubber and is going to be more capable when things get soft and loose. Given that we have quite a few options in this style of bike already in the range we skipped over the more basic Beyond + this year in favour of the better specced Beyond + ADV. We haven’t landed one of these yet, though they are due in the next few days (early October) so apologies for the stock photos.

Steel frame with big tyre clearance puts the ADV in the same expedition friendly category as the Surly ECR and Tumbleweed Prospector but unlike those two it also comes with a carbon fork. The fork features three-pack mounts and internal dynamo cable routing and will take a three inch tyre no worries. Jones Loop handlebars are our most popular upgrade on adventure bikes in store and it’s pretty nice to see the ADV coming standard with one. Drivetrain is full SRAM GX Eagle twelve speed which has certainly proven itself more than reliable enough for properly long trips. I managed to get nearly twenty thousand kilometres out of a GX drivetrain on my fatbike and, while it really was making a lot of noise near the end, it still shifted and handled load no problem. Great choice for a bike like the ADV.

If you look closely at the video above you’ll notice there are three pack mounts on the seatstays of the ADV. A great alternative to running panniers when a saddle bag just isn’t quite enough storage. There’s also a three pack on the downtube although Bombtrack clearly expect a lot of people to run full framebags and it looks like there’s no seattube mount. There is routing for a dropper seatpost though, which we love, and an extra bottle cage mount down underneath.

This thing isn’t for commuting that’s for sure. However, if you’re looking for a dedicated bikepacker or offroad tourer that can also handle some unloaded trail riding and rugged exploring, the ADV is certainly worth your attention.

Sharing the same basic frame as the EXT but without all the dynamo wire routing, the Hook is also rolling on 700c wheels rather than 650b. Running Shimano GRX with two chainrings and narrower gaps between gears, the Hook is aimed more at the rider aiming to explore sealed and gravel roads over long distances. There are still loads of mounts for all kinds of storage solutions though the Hook is likely to ride a bit nicer under lighter loads given the lower grip and possibly hire average speeds that the Hook has been designed to travel at.

With good tyre choice the Hook is going to be a great commuter, long dayride bike on all kinds of surfaces and can certainly handle some multiday trips for those of you travelling light and maybe sleeping in beds along the way rather than your tent. It’s actually going to be one of the few bikes in our range this year that comes with a front derailleur and the closer spaced gears make it a capable bike for bunch riding on the road, again with good tyre choice.

Well, that’s the main three for us all available in the next week or so. We’ll also likely have the Cale and Arise models in the near future and if there’s something on Bombtrack’s site that interests you just get in touch and we can do some digging.

Looking forward to seeing you all again real soon.