MENUMENU
To reduce the transmission of COVID, customers are currently not allowed in store. We are open for pre-booked services with contactless pick up/drop off, online orders including Click & Collect, test rides by appointment, and limited "courtyard service" for customers who require assistance. 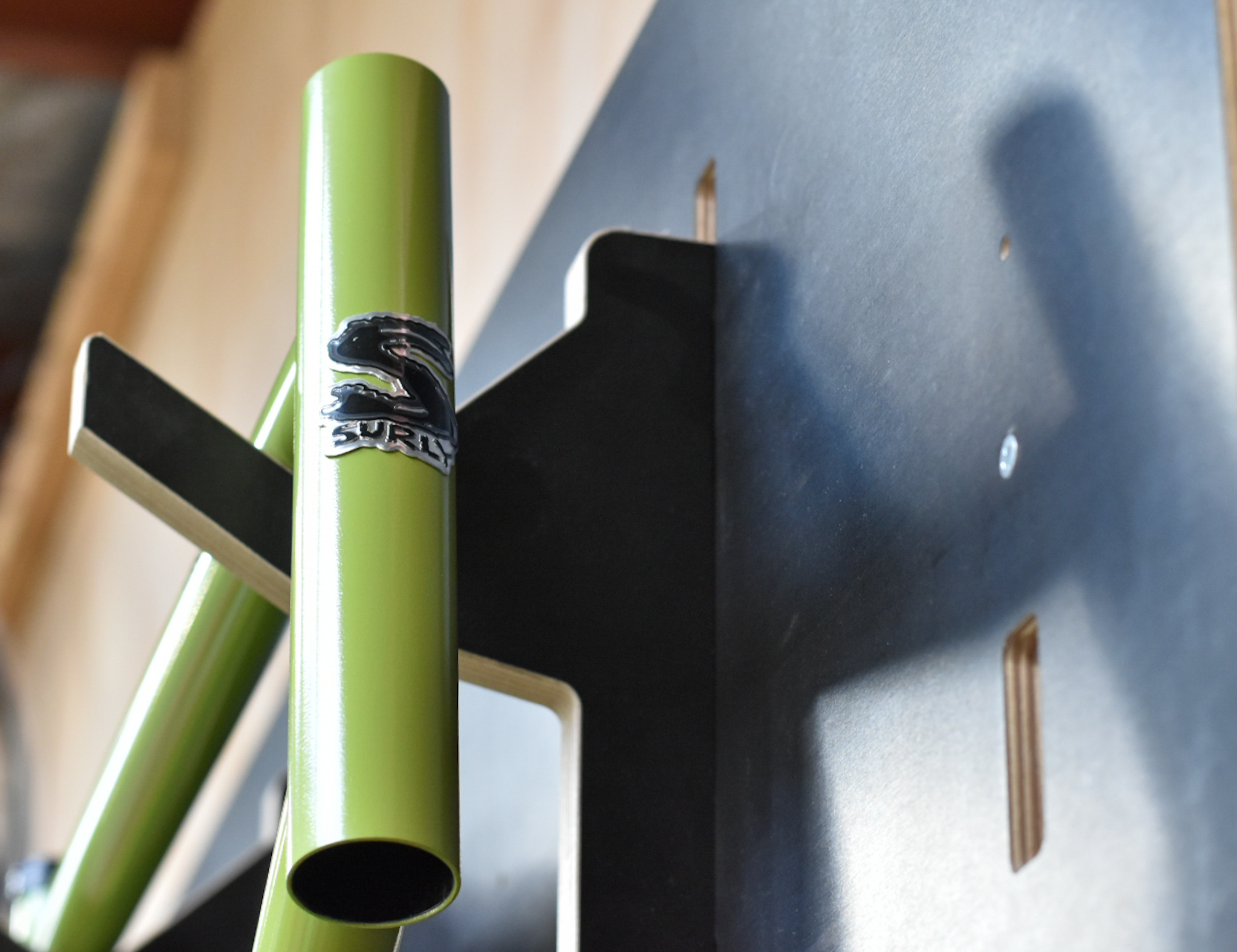 We’re pretty excited to introduce the updated Surly Disc Trucker. Here’s some details and our take on them, and why it might be a great option for your new ride!

It seems like all we’ve been posting for months now is updates about our ability to trade during Covid19, so it’s making me REAL happy to be writing about the first of a LOT of awesome new rides hitting the Commuter floor over the next few weeks.

When they first released the disc brake capable Trucker, Surly said ‘Disc Trucker enjoys the same reputation as Long Haul Trucker: It’s one of the best-riding and most value-packed drop bar touring bikes out there. Sometimes, however, a combination of load, climate, and terrain demands a bit more braking performance than a standard rim-brake LHT can provide.’ That’s certainly been our experience with the Disc Trucker over the past few years. Industry wide, it’s been pretty hard to beat for pavement touring and cargo load stability. The new one claims to be a bit better handling under load, better fitting and a bit more maneuverble. Let’s have a look a these changes in detail.

Surly are quite well known for their classic aesthetic, with their drop bar bikes traditionally featuring horizontal top tubes for a look reminiscent of road bikes from yesteryear. The new Disc Trucker joins Surly’s other modern touring bikes (like the Bridge Club) and now offers a shorter seat tube and sloping top tube. While this certainly changes the appearance of the bike it’s our experience that it should ride a bit better. It’ll certainly be easier to get on and off with loaded panniers.

Along with the sloping top tube, Surly also added a little stack height to the headtube making acheiving your desired ride height possible without needing to use a tonne of spacers.

As much as it’s likely to be a bit of a sticking point for the traditionalists out there, but we’re actually pretty stoked to see the Disc Trucker move to 12mm thru-axles front and rear. Surly have done it very cleverly, having non-drive side just as a 12mm dropout (threaded on the drive side, so you don’t need to completely remove (and possibly misplace) the axles when taking wheels out. Little bit more time to remove wheels for changing flats will be, in our minds, massively offset by how much better the new Trucker ought to handle when loaded, especially under braking.

As far as mounting points go there’s no real change other than the fork now features triple-pack mounts for bikepacking accessory cages. We really like this addition – not everyone has a need for front pannier (or panniers at all) and giving owners the option of tweaking their load to their preference is a big plus in our books. The fork also features some proper routing for dynamo hub cabling. Nice work Surly.

One of the things we always loved about the Disc Trucker was that it was always pretty inexpensive, hovering around the $2300 mark. Yes, the old one did come with some reasonably agricultural parts (like bar-end shifters) aimed at those looking to tour in remote places, but the pricepoint made it a pretty accessible way to get yourself on a Surly. This is certainly not the case with the new Disc Trucker. It comes with some more modern componentry than the original on for sure, but at $3800 it’s not exactly inexpensive.

Realistically, while it promises to be functional and durable, at $3800 for a mix of Shimano Alivio and Sora we’re not falling over ourselves in love with the out of the box Trucker. The very good news though is that framesets are $1500 and at that price we’re certain we can build you something great value, and very personal, for about the same money. We’re in the process now of finalising a dropbar and a flatbar House Build that will be the starting points for conversations about custom builds on the new Truckers.