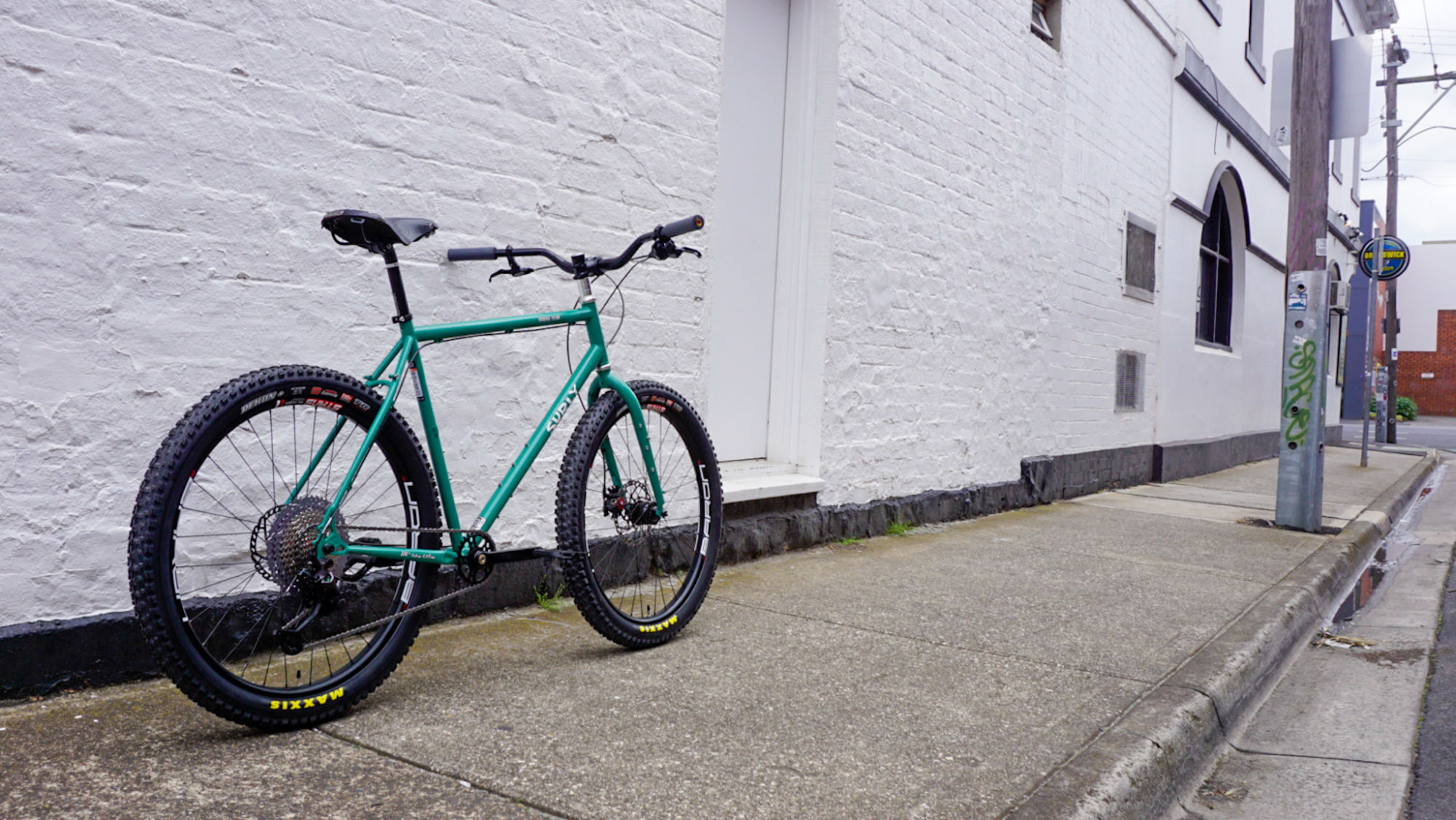 Is tell EVERYONE about Bridge Club! If you’ve dropped into the store, or kept an eye on our social media, over the last twelve months you’ll have noticed a growing number of Surly Bridge Clubs getting around. And with good reason. After initially being underwhelmed by it on paper prior to it’s release, the Bridge Club really has proved itself as an extremely versatile, great value and super fun option for so many different kinds of riding.

Here, we’ll take a deeper look at why the Bridge Club exists, what it’s for and what you can do with it. If you feel like there are any other details you’d like then just ask in the comments or give us a call at the shop. 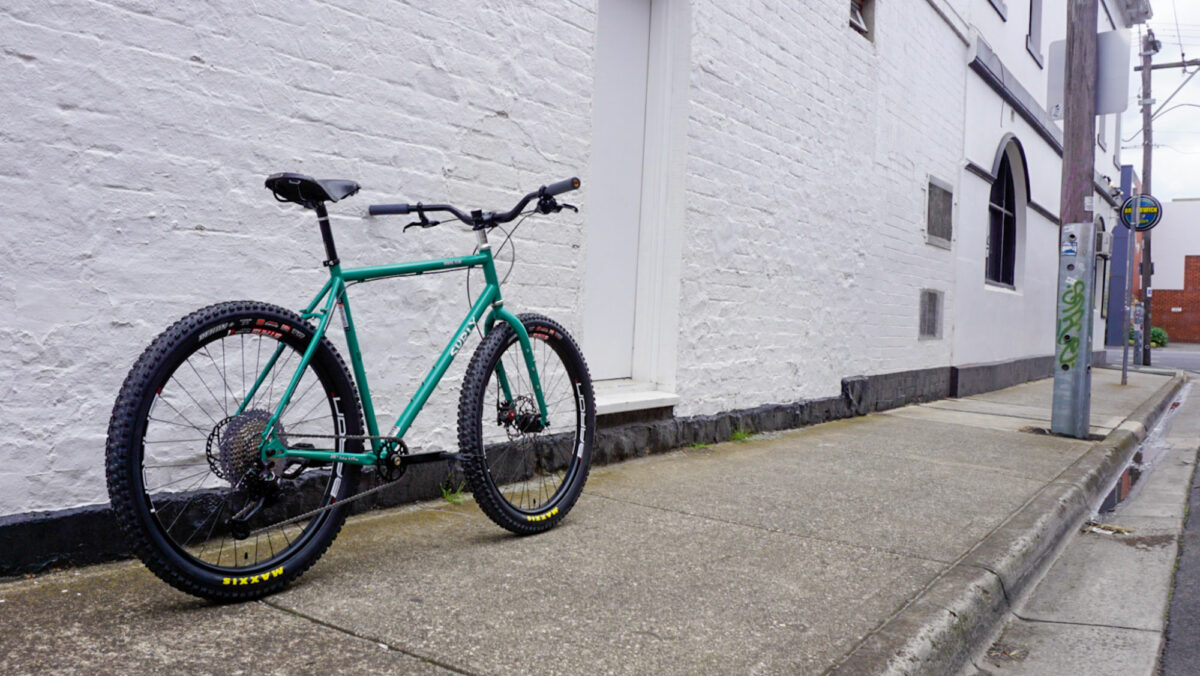 So, what even is a Bridge Club?

If you have a look through Surly’s solid range of adventure ready machines, bikes like the Ogre and the ECR, you’ll notice a lot of features that either may not resonate with you or mean nothing to you whatsoever. Heavily engineered dropouts, compatibility with internal gear hubs like the legendary Rohloff, and the ability to run single speed in an expedition emergency are not really features required by your everyday recreational commuter, tourer or adventurer. And so, in the Bridge Club, Surly aimed to make a ‘do-anything’ adventure capable bike without a lot of the armageddon-proof features available on the rest of the range.

A lot of the great features of the other models remain though. LOADS of mounts for water bottles, racks and bikepacking storage cages mean the Bridge Club is adaptable to pretty much whatever task you care to put it to. Wanna commute? Sure! Run a rack, full fenders and maybe a Wald basket up front. Thinking of dabbling in bikepacking? Sure! Framebag this thing, add some fork storage and you’re pretty good to go. Planning on taking a year off and riding TO Spain? Front and rear racks and panniers and some comfy bars and you’re ready to go! 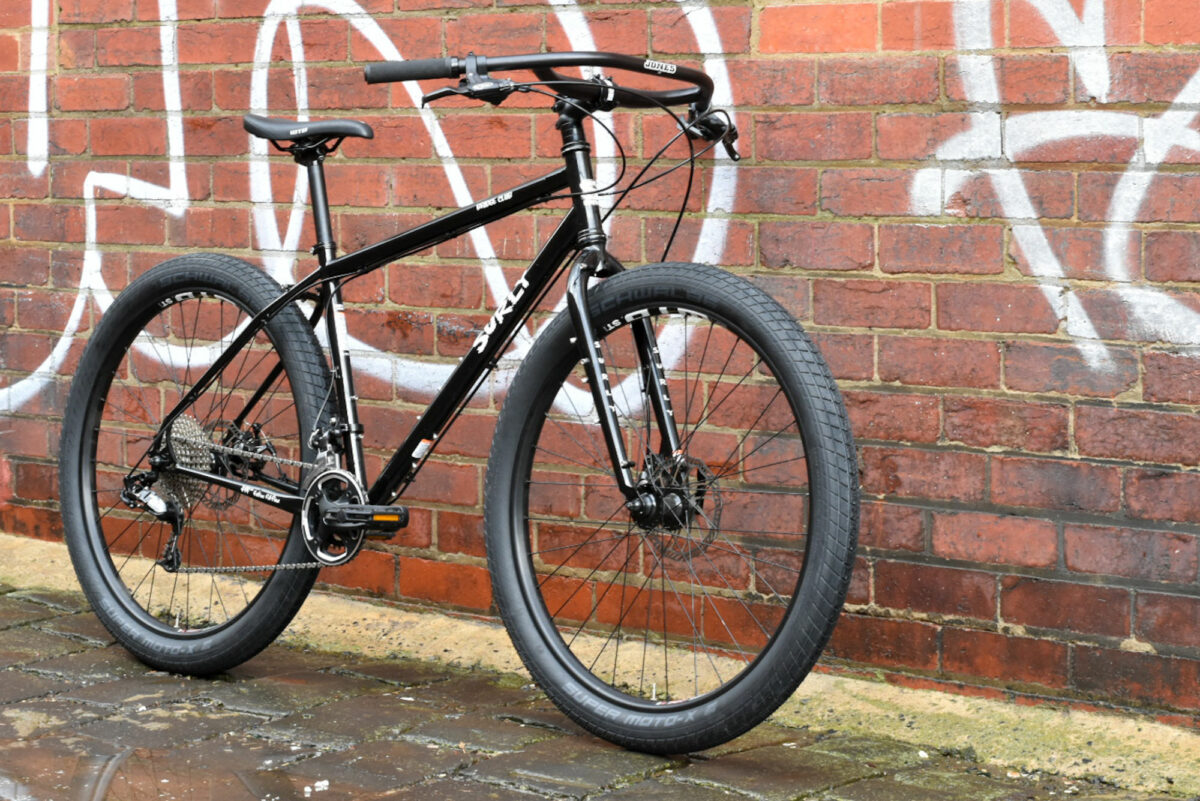 Speaking of adaptable, it’s with wheel size that the Bridge Club is a total boss, even when compared to one of our all time favourite bikes, the Soma Wolverine. Both frame and fork are capable of running 700c wheels with rubber up to 47mm. It’s with 650b wheels though that we feel the Bridge Club shines, letting you run anywhere from 47mm tyres right up to MASSIVE offroad capable 2.8 inch treads! There are a couple of standard models of Bridge Club (we’re about to get to them) but we really feel that the 650b model is the one that offers the biggest range of versatility. 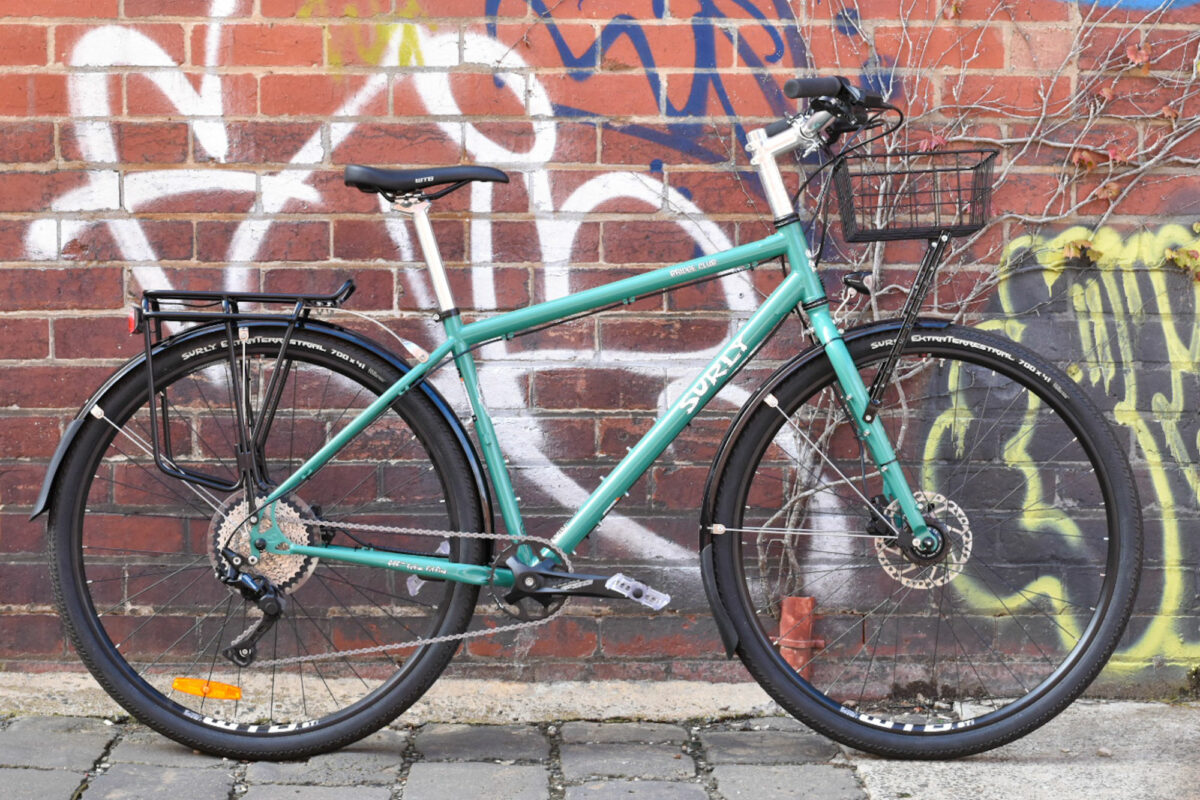 For 2020 there are two out-of-the-box options available in Bridge Club, aimed at riders with two very different sets of desires in mind. Let’s start with the tarmac ready 700c model, pictured above and below.

While the 700c complete bike is capable of tackling some gravel road and tarmac touring we really feel it’s strength is as a bombproof workhorse commuter. Great gear range for Melbourne and tyres wide enough to ignore the tram tracks combined with upright geometry and loads of mounts allow you the adapt the 700c Bridge Club to your urban needs. Full fenders and Wald baskets have been the go-to add ons for customers this year and we’ve added dynamo hubs and lights to many. We’ve also set up a couple with child seat on the rear and panniers up front for the ultimate ‘daycare dropoff then head to work bike.’ The 700c Bridge Club is probably the best workhorse commuter bike in our range while still giving you the ability to load up and head away for days (or longer) at a time. 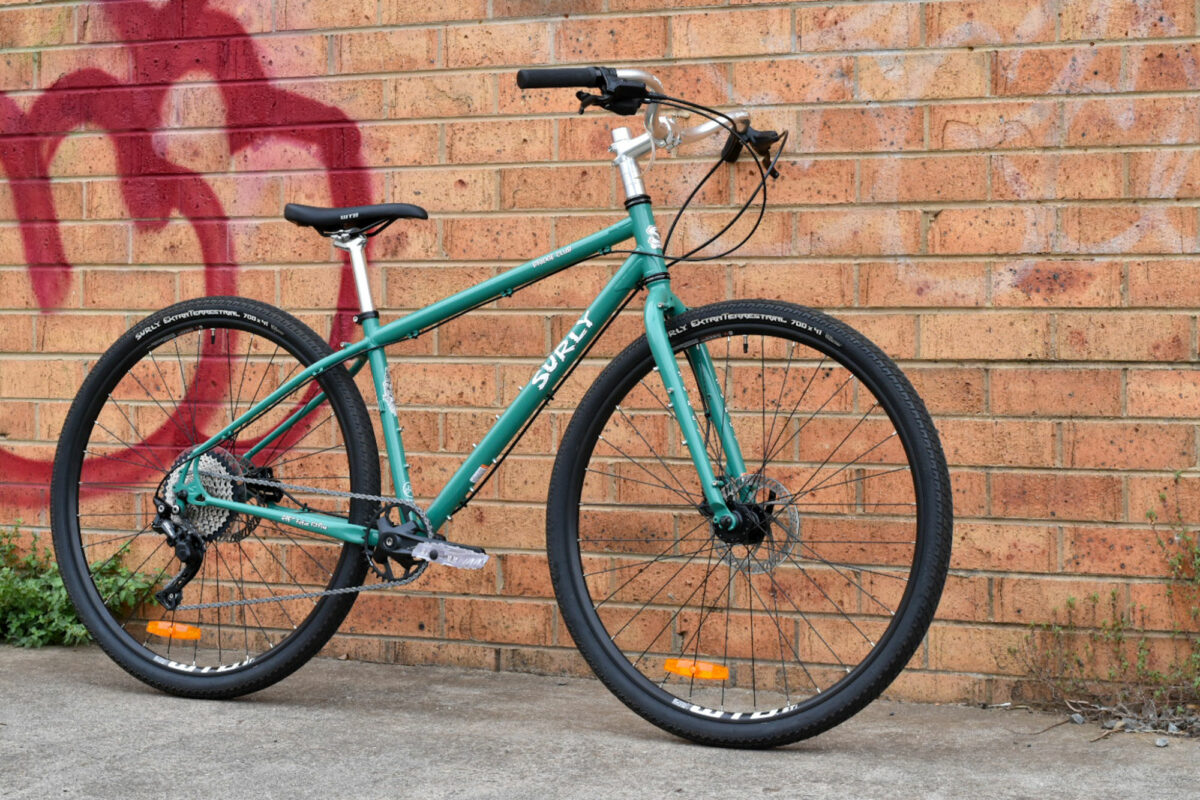 As a group of people passionate about exploring by bike on all kinds of surfaces, it’s the 650b Bridge Club that we really love. With some good tyre choice, like the WTB Byway, it’ll let you do just about everything that the 700c bike will do, but if you want to get properly into the wild then this thing has got your back! 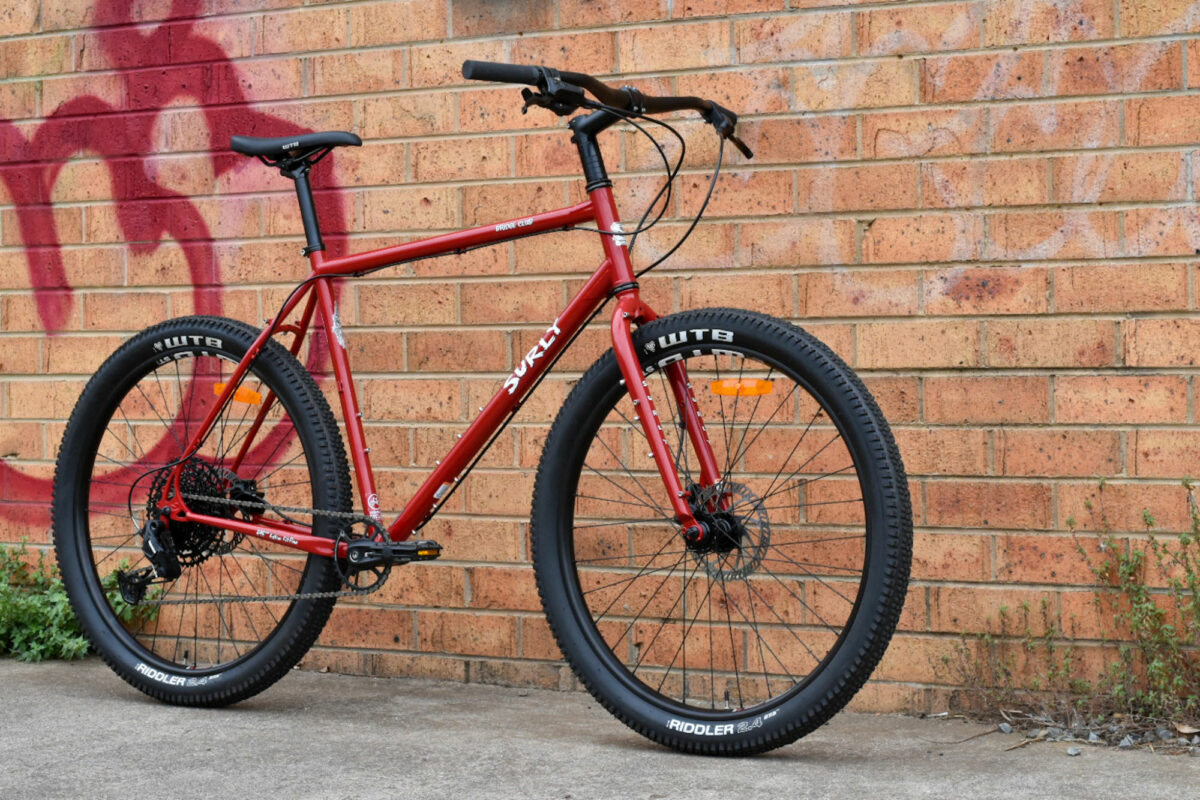 Out of the box the 650b bike comes with a SRAM twelve speed drivetrain with HUGE range. More than enough for some loaded missions on loose fire roads. 650b x 2.4 inch tyres are a good balance for mixed terrain – not annoyingly slow on the tar but with enough grip to get a little bit rowdy on the Yarra trails after work or descend Zeka Spur with your camping gear on. We’re very happy to see the 2020 model coming with hydraulic disc brakes. Both models are internally coated to prevent rust and as usual Surly’s paint jobs are tough enough to take a beating in the wild. While the standard spec Salsa Bend bars are a good starting point to get a feel for your new Bridge Club, we’ve found that upgrading to the Jones Loop bar really opens up the 650b Bridge Club’s capabilities as an off road gear hauler. 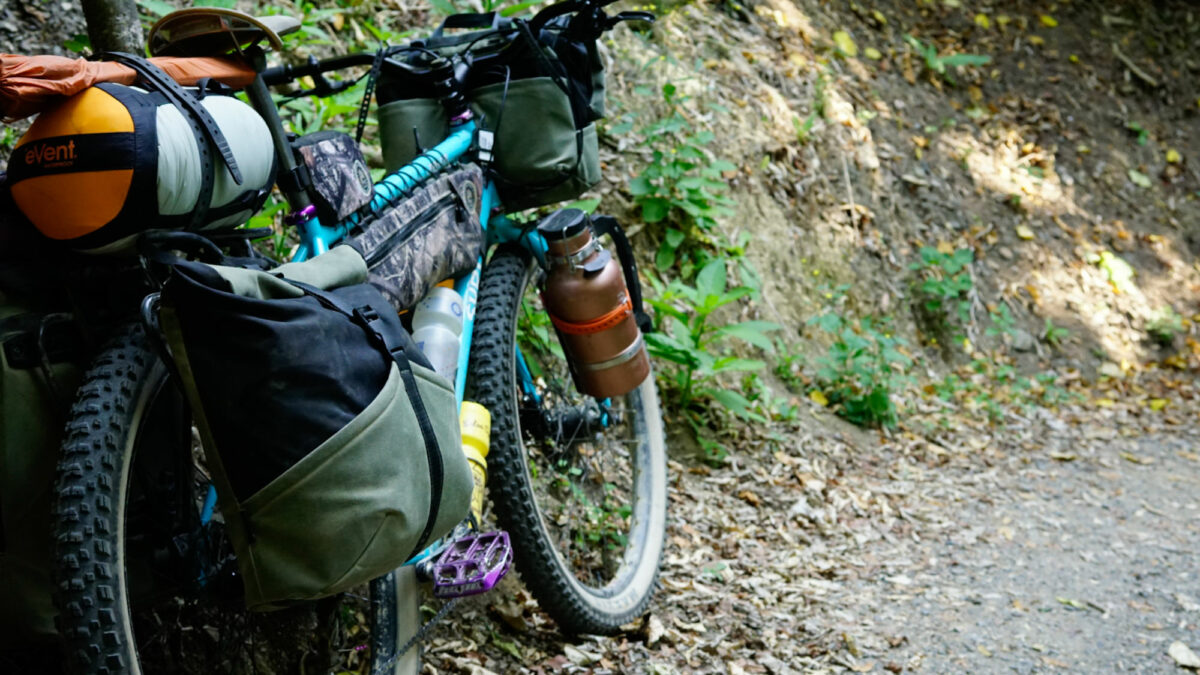 Often when a company releases a model really aimed at hitting a price point, your options are limited to buying a complete bike. We’re very happy to see Surly offer the Bridge Club as a frame only for those with something special in mind. They’re fantastic value (at $1050 for a frame and fork) and if you had ideas in mind that are a fair way outside one of the standard bikes then building yourself something really special is certainly not going to become a super expensive endeavour. 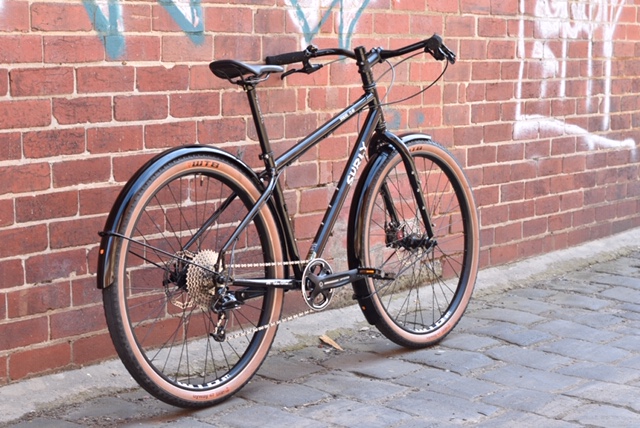 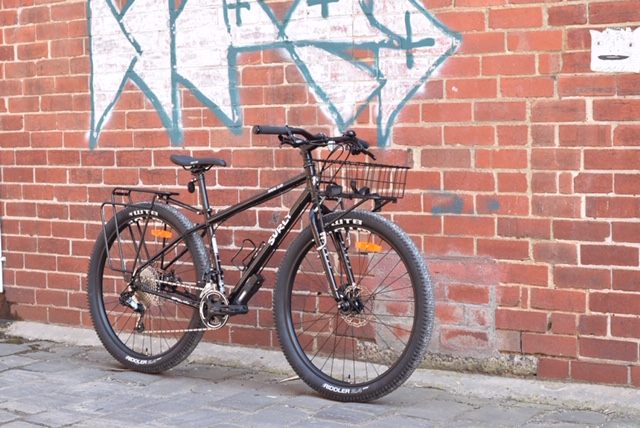 You can tell we really like Bridge Club right? Yeah, we do. A lot. And regardless of what your riding goals are we’re pretty sure you will too. If there was a bike that really speaks to what Commuter Cycles is about it is probably the Bridge Club. A great value, great riding bike that’s more than capable of evolving as your riding goals do. A fantastic bike for day to day utility riding that will also let you comfortably and enjoyable explore your local area, or other parts of the world. What you do with it is up to you. 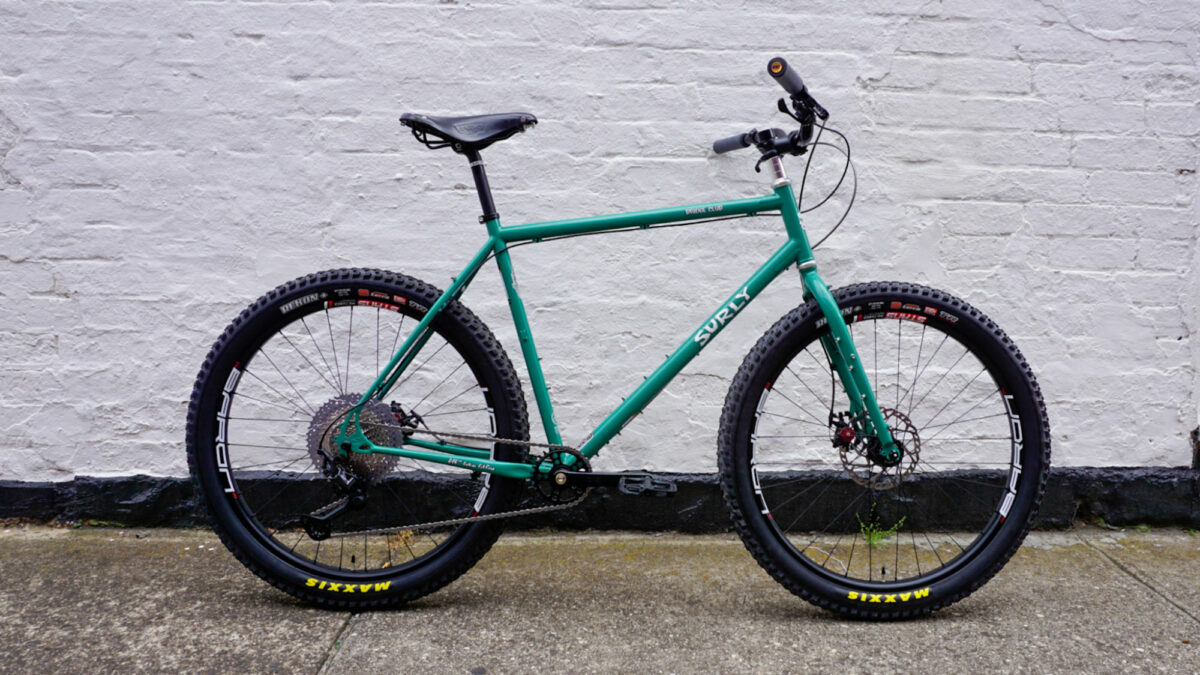 2 thoughts on “The First Rule of Bridge Club”