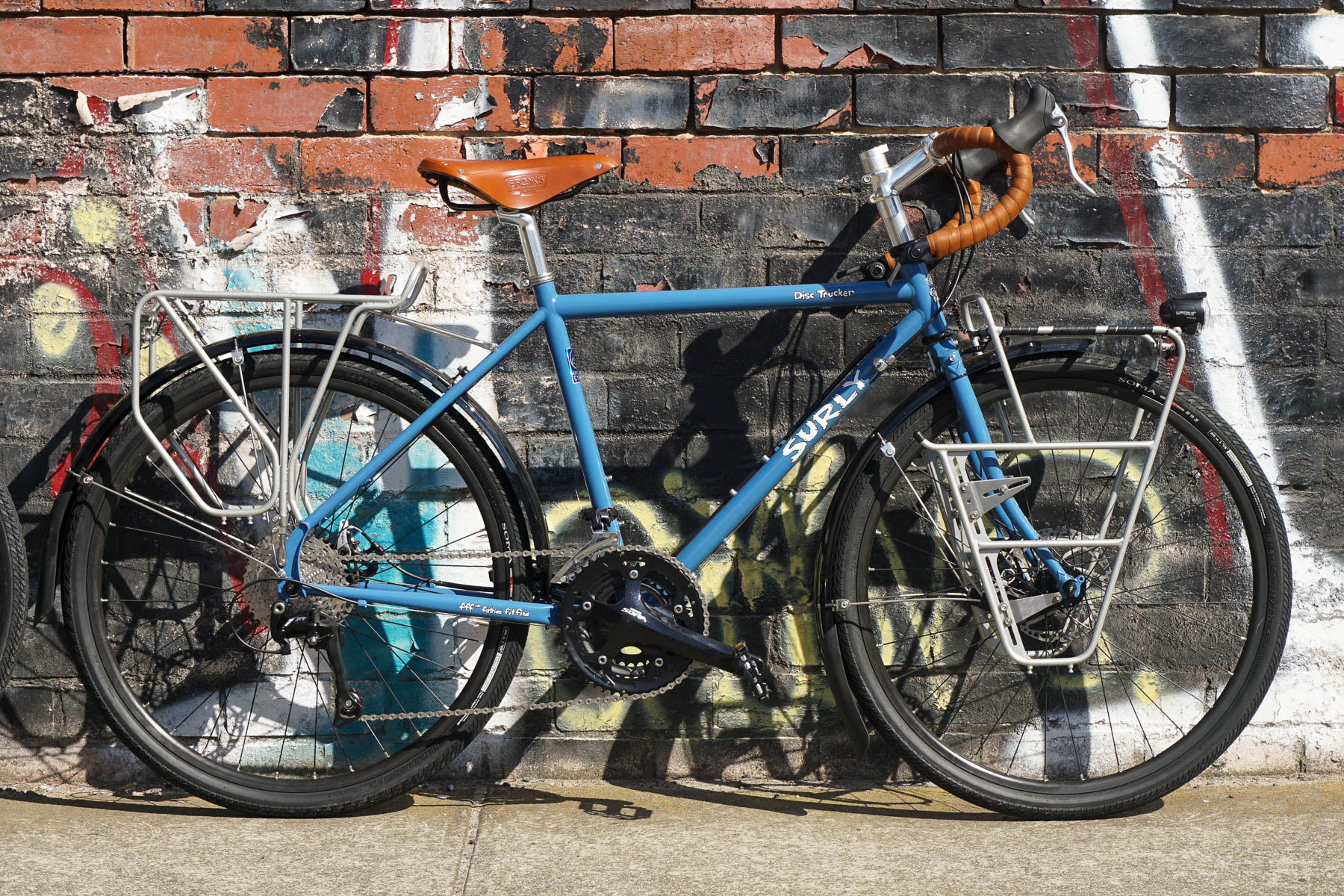 We’ve been building tried and tested commuting, touring and adventure bikes for a while now so we have a great understanding of what people want in a bike. This had led us to creating some off the shelf custom builds. Thus allowing us to hand pick parts and QC the entire build process. Some of the bikes we love such as the Soma Wolverine, Soma Juice and Saga disc are only available as frame-sets so we wanted to give customers a feel for how great these bikes really are. We’ll be adding more bikes to the website in the coming weeks so stay tuned and in the mean time call in for a test ride! 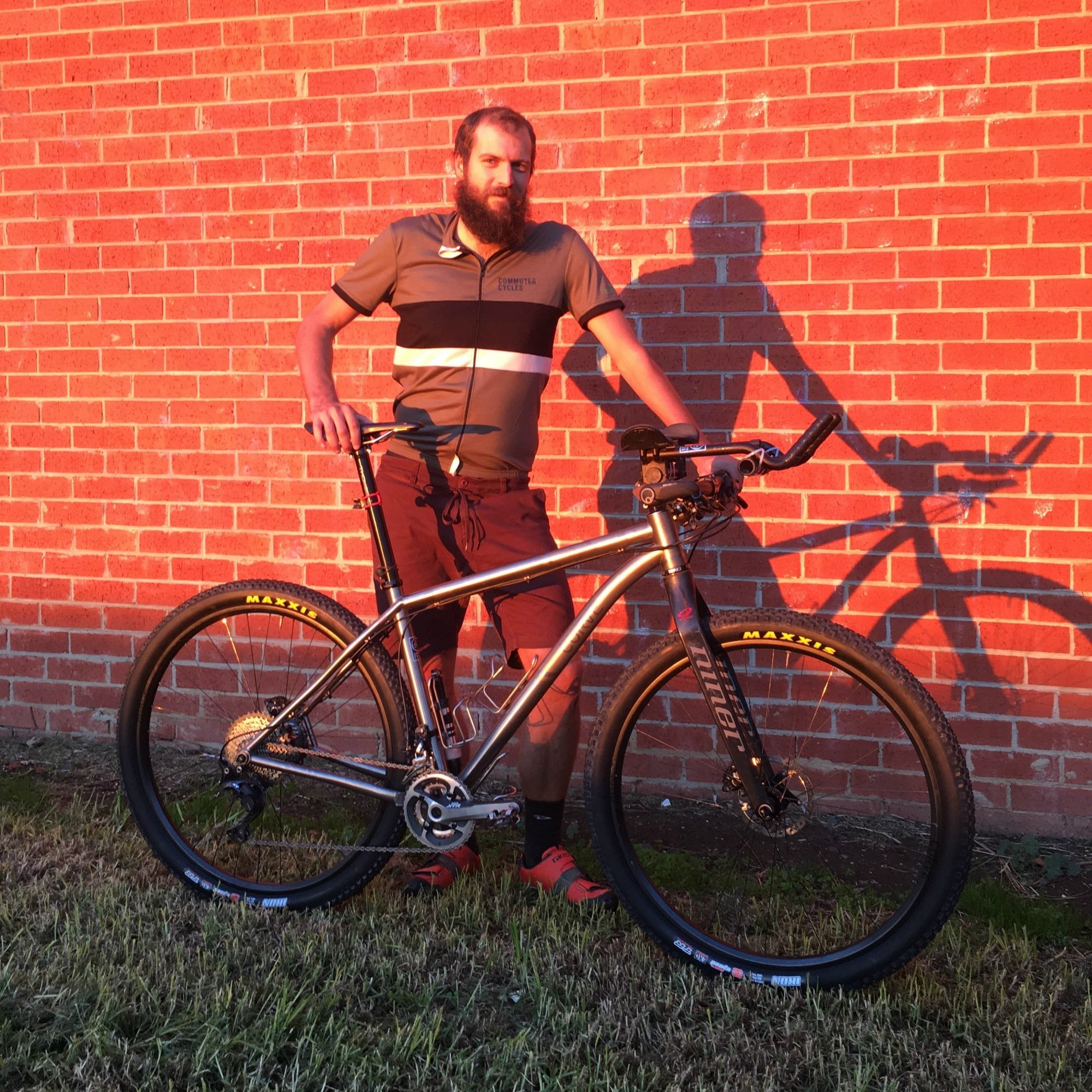 I first went riding with Gareth a few years ago, it was a three day ride out to Woods Point and back with a group of friends. Gareth had been into road bikes for a few years but this was his first ‘off road’ ride, I’ll never forget the guy in the Bont carbon road shoes sliding down a very steep fire trail to camp one evening with a look of terror on his face, I think he was hooked! Fast forward to 2016 and Gareth is a serious contender in the world’s hardest MTB race, the Tour Divide. 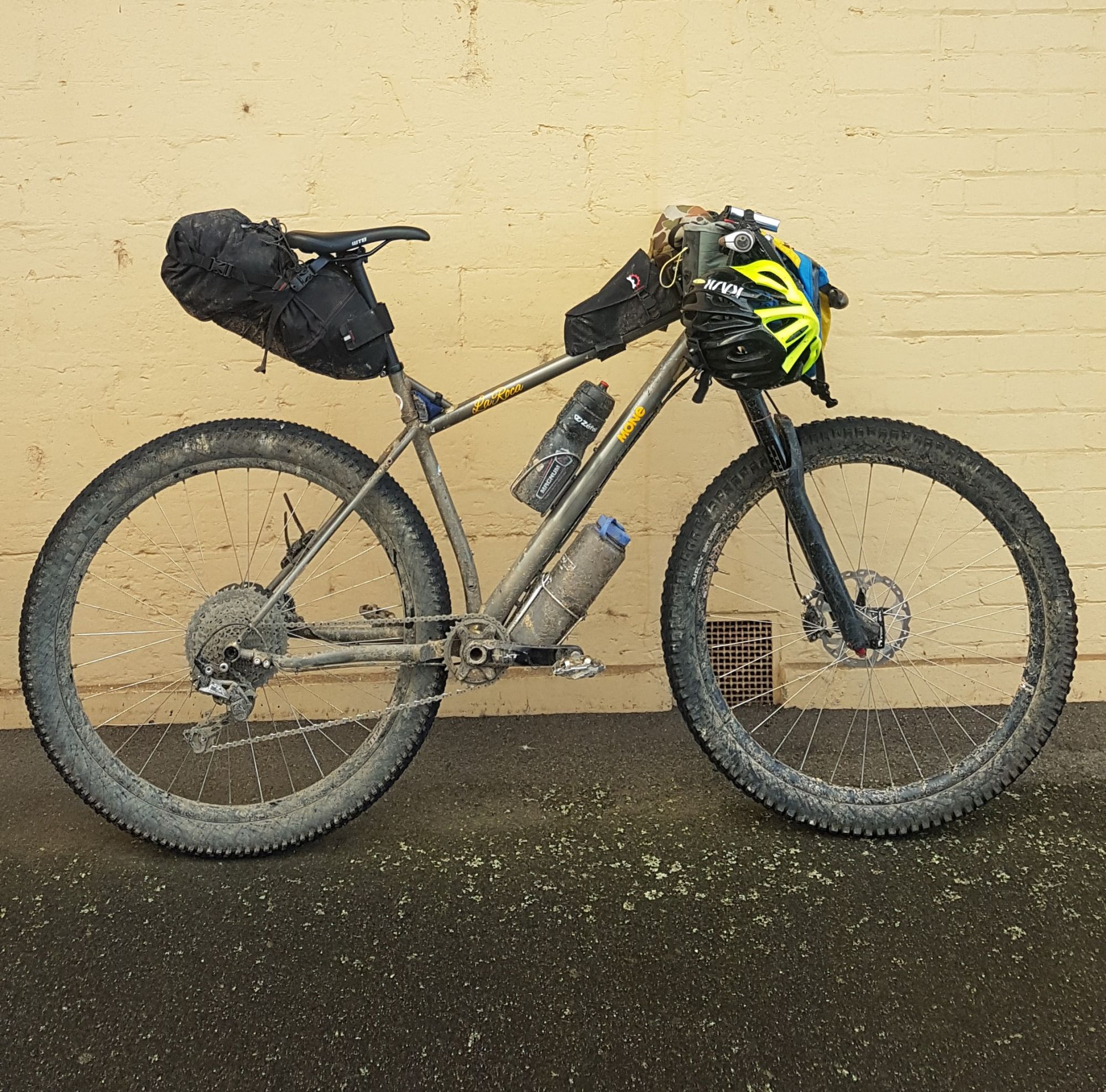 We have teamed up with some of our suppliers to bring you complete packages for overnight adventures. Whether you are heading out for a quick overnight-er or looking at an extended tour these goodies should have you covered. 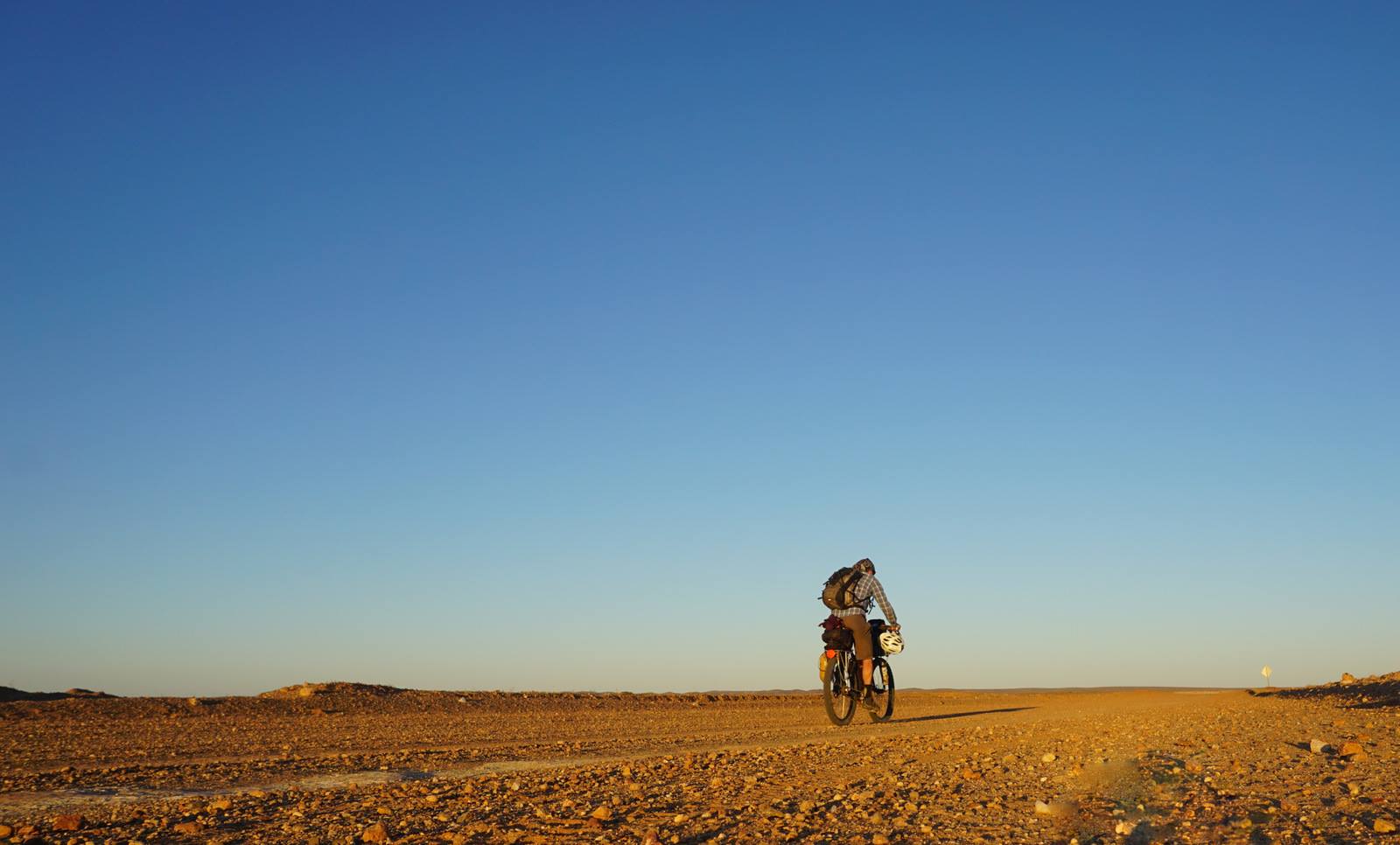 It is not every day someone goes out into the desert for a 2000km test ride but the Surly ECR demands that kind of attention. This ride was about testing both man and machine and seeing how new products are redefining touring as we know it. 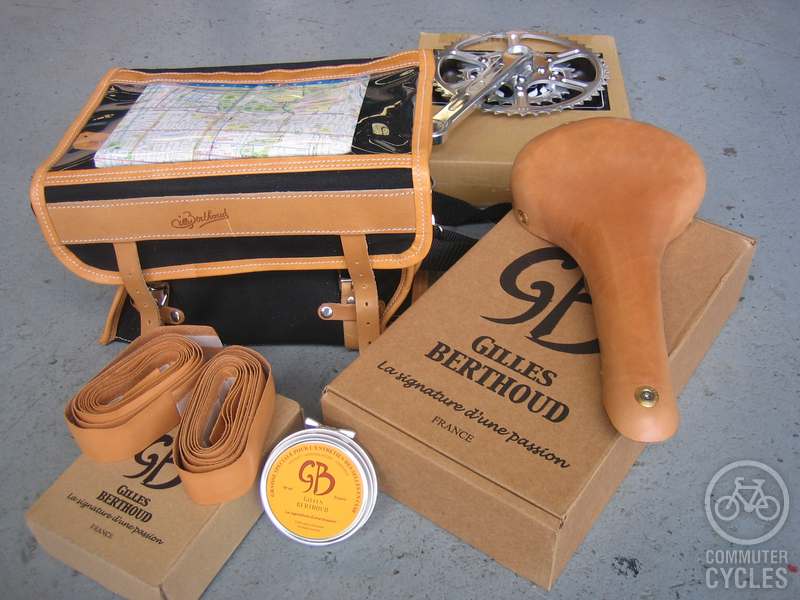 We’ve gotten a few Gilles Berthoud products in. Among them is a saddle that I’m very excited about. The saddle is a Gilles Berthoud. It looks at first a little like a Brooks, and it’s this similarity that excites me. The Berthoud is made from very thick high quality leather, which is screwed down to the saddle body. Where the Brooks saddle body is all metal, the Berthoud has metal rails and a plastic back (called a cantle). The plastic cantle is reputed to be amazingly strong and is designed to have a tiny bit of flex for extra comfort. The looks of the plastic might put some people off though. 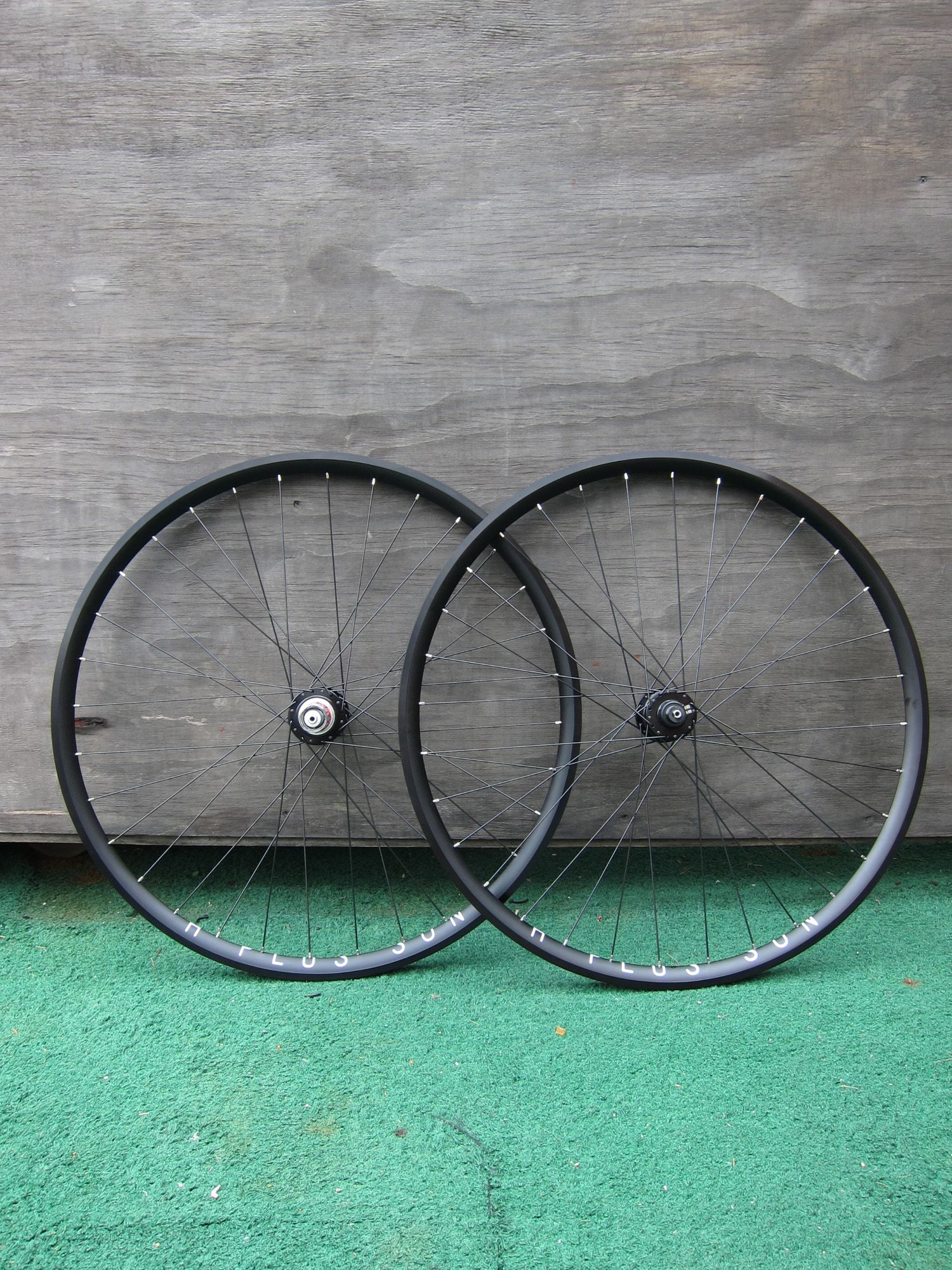 Wheel building is one of our favourite jobs. As well as being rewarding work to get the wheel true and strong, it’s satisfying to figure out the best combination of parts and best set-up for a particular customer. As well as the rims and hubs, the spokes and nipples are important things to think about, and choosing the right ones will make a real difference to the reliability of the wheel and how well suited it is to its intended use. Being able to tailor all of these choices to a particular rider is what puts custom wheels ahead in the hand-built vs factory-built debate. 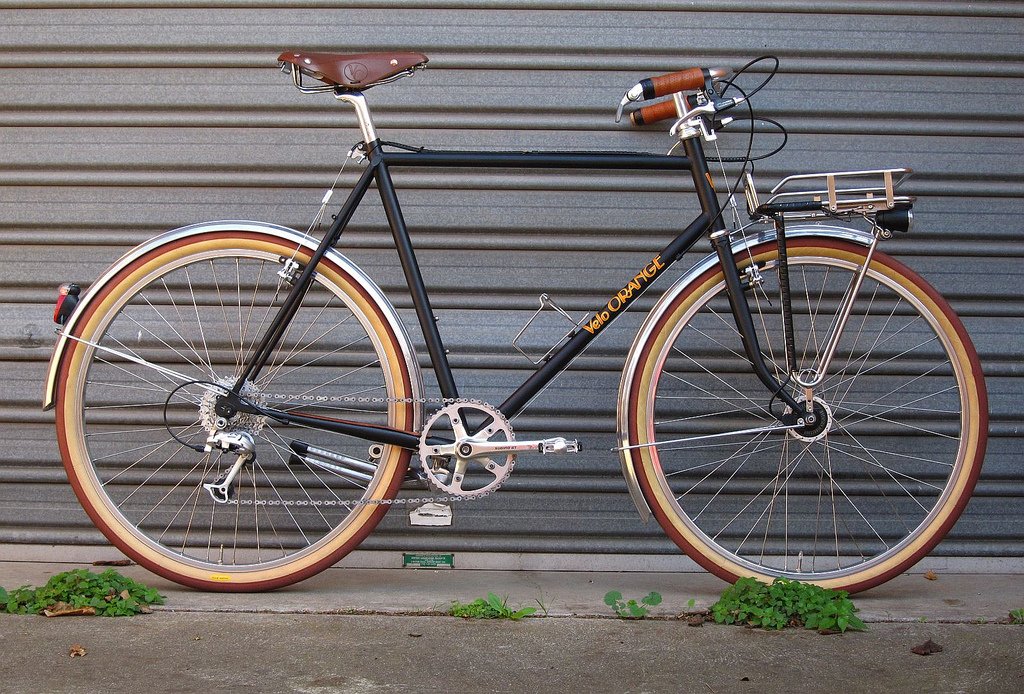 VO Porteur racks are back in stock. They’re a great rack for commuting bikes since they can hold a lot and can easily take additional load if you have to grab something on the way home. They’re also very beautiful. 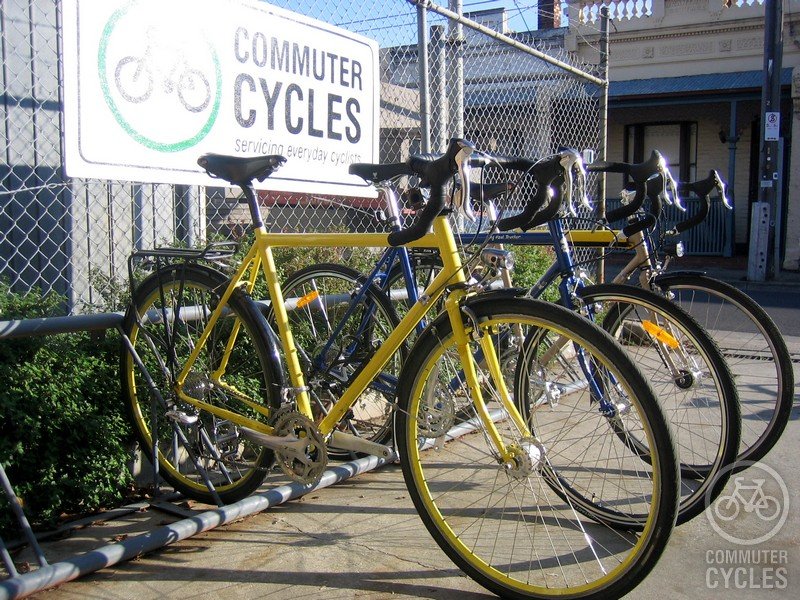 Surly’s Long Haul Trucker (LHT) is our reference point for touring bikes and they make excellent commuters as well. As a general rule the requirements of commuters and tourists are similar – the bike should be comfortable, should be able to carry a reasonable load, should be robust and reliable, should fit moderately wide tyres and mudguards and should be fast and efficient enough to cover large distances at a decent clip. The LHT does all of these things and is versatile enough to be set up to match the needs of a lot of cyclists. We build, and sell, more of them than any other bike. We’ve mentioned them a number of times in this blog, but we thought it was time to write more comprehensively about our thoughts on them, and where they sit in our line-up. 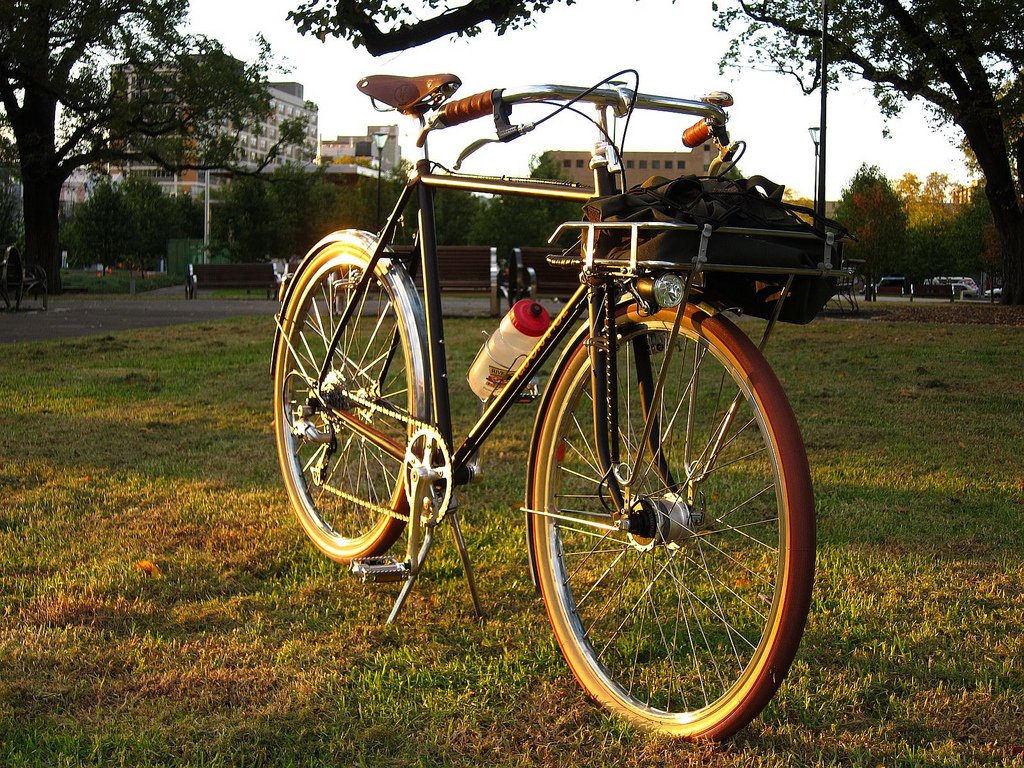 We’ve just finished an exciting build. We used a 650B randonneur/porteur frame made by Velo Orange, called the Polyvalent. Ours might be the first in Australia. We’ve built it up as a showcase for some of the VO gear we stock (and as a great bike in its own right). It has a big VO Porteur front rack, VO cantilever brakes, headset, saddle, rims, etc. It has a dynamo hub, is shod with Grand Bois Hetres and stays upright while stationary thanks to a Pletscher bipod kickstand. It will soon have a VO chain guard. We installed a B+M Lumotec IQ Cyo just under the floor of the rack, and a B+M tail light on the rear mud guard. 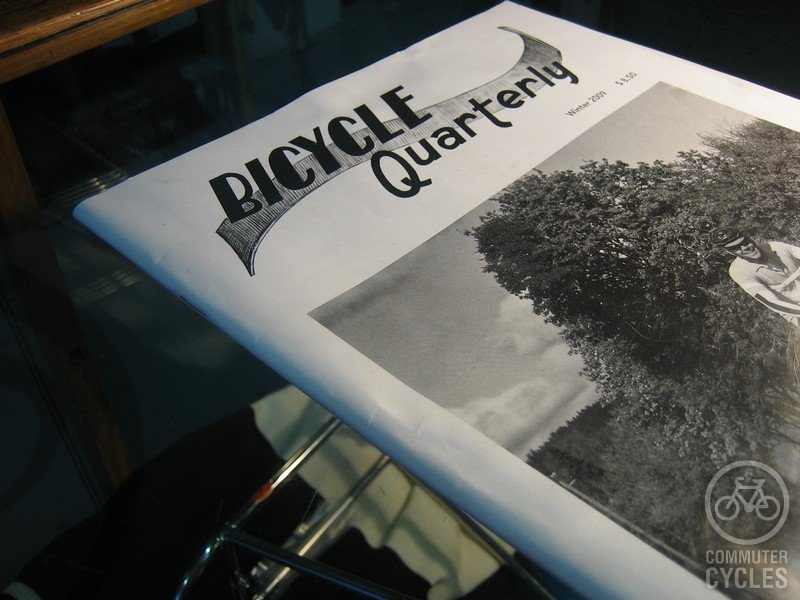 We now stock Grand Bois tyres. These are some of the nicest tyres we know of. Grand Bois is a small Japanese company catering to Cyclotourists with a fetish for nice old French bikes.